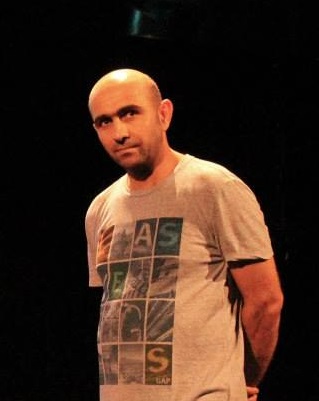 Born in Famagusta, Cyprus.
He studied in the U.S. (BA in Cultural Studies and Comparative Literature – University of Minnesota) and in The Netherlands (MA in Philosophy and Cultural Analysis – Univeristeit van Amsterdam).

With his return to Cyprus in 1999 he first worked with the theater company Theatro Ena and later at the Cyprus Public Television (CyBC) as a producer of a live daily show that dealt with current political, social and cultural issues.

Since 2001 he runs his own company, Brave New Media, with which he has developed an extensive network of collaborators in the media and cultural sector. In 2007 he founded Brave New Culture, a non-profit organization that specializes in the production of cinematic events. The ''Lemesos Int'l Documentary Festival'' is one of them.