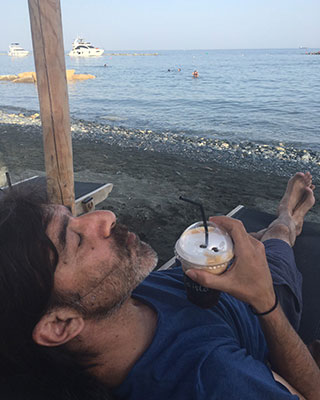 Born in Nicosia Cyprus.
He studied in Athens Greece at the Hellenic conservatory of music vocal coaching and classical guitar. For many years after that he played with his band in numerous festivals and live music venues in Cyprus and abroad.
In 2006 and for the following ten years he works as a manager at Theatro Ena(2nd Municipal Market)in Limassol organizing musical concerts, theatrical plays, dance projects and many more.