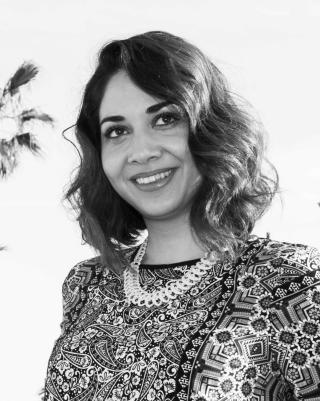 Danae Stylianou is a filmmaker based in Cyprus, specialising in documentary production. She studied BA (Hons) Film Production at the University of Westminster (2004). Ever since, she produced and directed several short films and three documentary features: Sharing an island (2011), A Haircut Story (2014), and Birth Days (2018), all of which have travelled to international festivals. Her work in general focuses on socio-political issues which concern the global citizen, and aims to raise social awareness. Danae often operates the camera herself, which she considers an integral part of the creative process. Recently, she directed the short documentary Olga's Garden, in collaboration with visual artist Maria Loizidou; a statement on the impact of high rises on the lives of citizens and its effect on their private and shared space. Ιn collaboration with Cyprus University of Technology, and funded by Erasmus+ “Adult Education”, Danae produced audiovisual content for Baby Buddy Forward, - an educational platform featuring short videos addressing parents-to-be and new parents. She is head of communications for the three major film festivals of Cyprus- Cyprus Film Days IFF, International Short Film Festival of Cyprus and Lemesos International Documentary Festival.

Danae believes that "a good documentary is the one that seems almost impossible to make".